Maximize Q4 Part 1: What To Expect From Q4 on Amazon 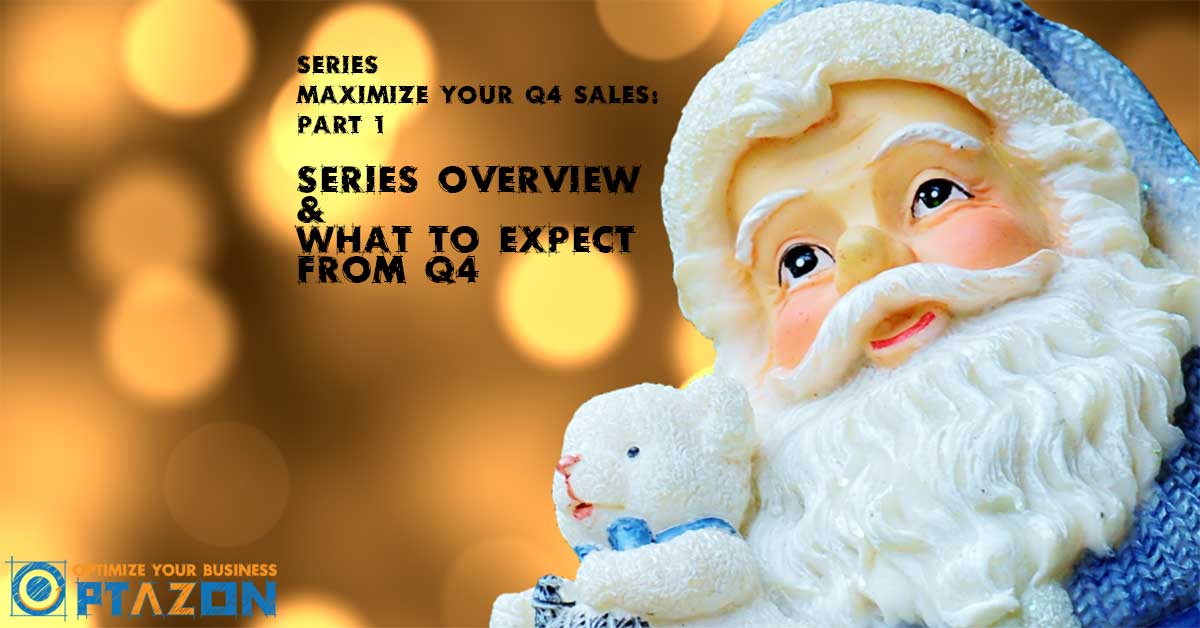 This entry is part 1 of 1 in the series How to Maximize your Q4 Amazon Sales
How to Maximize your Q4 Amazon Sales
Q4, 4th Quarter, Holiday season, Christmas, whatever you decide to call it personally, it’s a magical time for anyone selling retail direct to consumers.  It’s the one time of year that your customers just go crazy and buy everything.  The wallet opens up, budgets get forgotten, and as a seller, you see all of the benefits of that in your bank account.
Unless of course, you go crazy yourself.  Or you forget to prepare.

The purpose of this series of articles is to walk you through the steps that I take to maximize my amazon business for Q4.  When I say maximize, what I mean is to squeeze every last sale and every last dollar out of this magical season.  My primary brand is highly giftable, so during every gift giving season, I see a massive spike in sales. In 2016 I made just over 25% of my profit for the year between Black Friday and December 22.

As you can imagine, being prepared is important for every business, but it’s especially important when you’re selling on Amazon’s platform.

You have to position yourself correctly to take advantage of the sales chaos.

As a seller, there are some obvious things you have to do, like have sufficient inventory in stock.  That’s going to be the focus of the first couple of articles.  The next group of articles will be focused on things you can do to position your products and brand to get even more sales during Q4.

Here’s an outline of the series I have planned:
Having an engaged strategy going into the Q4 Holiday Season will give you a leg up on your competition.

The Magic of Holiday Sales

In my introduction I talked a little bit about how my business depends on sales over the holidays, but it’s not just Amazon. According to the National Retail Foundation (USA) sales in November and December represents up to 30% of all retail sales in some industries.

Black Friday, traditionally the day that kicks off the retail holiday sales season, is called Black Friday because when annualized, It’s the day of the year that retail operations went “into the black” – which is accounting slang for becoming profitable. That’s right, in retail, historically all the money earned before black friday is just to cover operating costs, and sales from Black Friday on represent pure profit.

Here are a few fun facts from Amazon on their record breaking 2016 holiday season:

If that doesn’t get you excited about Q4, you may need to check your pulse!

28 Days to Rule Them All

While the National Retail Foundation considers November/December to be the holiday season, the majority of sales happen between Black Friday and December 22. For 2017, that’s 28 days.

One of the most surprising statistics from Amazon was that the peak shipping day for them was December 19th.  Most people expect that the first week, with Black Friday and Cyber Monday, to be the busiest time for them.

During my first Q4, I ran out of stock on December 8th. While I was super happy that I sold all my inventory and made a bunch of money, I don’t even want to think of how much money I missed out on by not having enough inventory in stock to make it to the peak of sales.

While we wait for the next installment of the series, tell everyone about your Q4 experiences in the comments section below – Whether that’s as a seller, or a buyer!

I’ll be putting out the next article in the series in the next few days because time getting short to plan on inventory arriving!


Go to Top
Stay Up to Date!
Join our Newsletter
We'll notify you when we post updates, new content
or special deals.